Ron Rivera Presser: We’re making personnel changes to put us in the best position to win 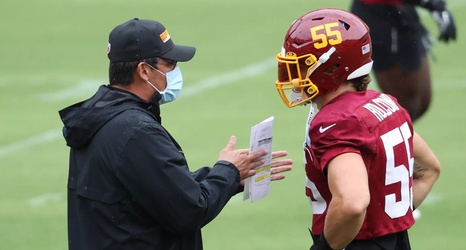 Ron Rivera said there is a stomach bug going around the locker room, and it has already affected several players. Joshua Garnett and David Sharpe are both out of Sunday’s game against the Giants due to illness. Dwayne Haskins has been sick since the weekend, and just returned to practice today. Rivera said players were happy to see him back, but they still have to decide if he will travel to New Jersey.

The coaching staff is making personnel moves, and trying different combinations of players to find what works best for the team.