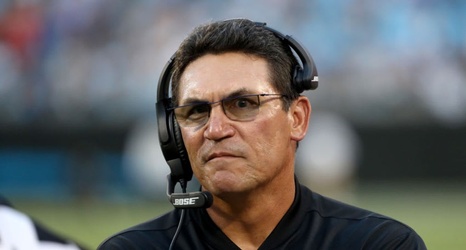 CHARLOTTE, NORTH CAROLINA - AUGUST 16: Head coach Ron Rivera of the Carolina Panthers looks on against the Buffalo Bills in the first quarter during the preseason game at Bank of America Stadium on August 16, 2019 in Charlotte, North Carolina. (Photo by Streeter Lecka/Getty Images)

As the year goes along, Ron Rivera-coached teams tend to get better. That would be good for the Redskins.

Ron Rivera is taking over the Washington Redskins after spending the previous nine seasons in charge of the Carolina Panthers. During his tenure in Carolina, Rivera’s teams were noted for their good locker room chemistry and strong team culture.