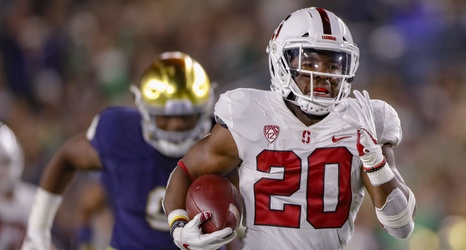 Early on the third day of the 2019 NFL Draft, the Washington Redskins surprised many when they picked Stanford running back Bryce Love. Love, once thought to be a potential first- or second-round pick, fell into their laps in the fourth round due to an ACL tear he had suffered late in his senior season.

At the time, the Redskins running back room looked strong with Derrius Guice, Adrian Peterson, and Chris Thompson locked into roles and Samaje Perine drawing praise from Jay Gruden. Still, the team elected to take a chance on Love but in reality, they had no plans to activate him in 2019.