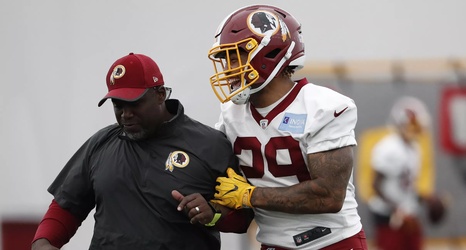 Ron Rivera will keep RB Randy Jordan as the Redskins RB coach per Julie Donaldson. Jordan was one of a handful of coaches from the previous staff that Rivera was going to interview to possibly retain. Special Teams Coordinator Nate Kaczor was kept in the same role, but Offensive Coordinator Kevin O'Connell was replaced by Panthers Offensive Coordinator/QB Coach Scott Turner.

Rivera reportedly tried to interview Panthers RB Coach Jake Peetz, but Carolina blocked the request. Rivera has brought multiple coaches, trainers, and front office people with him from the Panthers.

Randy Jordan has been with the Redskins since Jay Gruden hired him in his first year with the team.