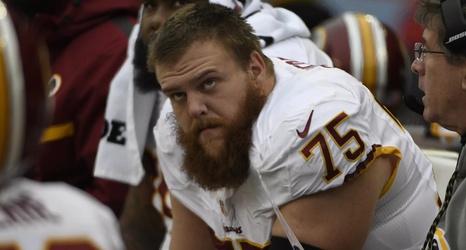 The Redskins want to get a deal done with Brandon Scherff, and haven’t been shy about their desire to lock up the Pro Bowl offensive lineman. There have been reports that the team has discussed an extension with the teams Pro Bowl right guard. The team exercised the 5th year option for the guard they used the 5th overall pick in the 2015 draft on. He will play this year for $12.525 million. He will be a free agent next year unless the Redskins lock him up now, or use the franchise tag on him after the season.