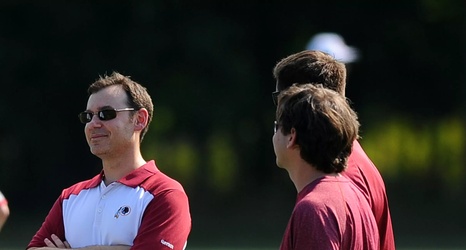 Ron Rivera has taken full control of the Redskins and he continues to shape both the coaching staff and the front office.

He replaced Kevin O'Connell as offensive coordinator with his former QB coach from the Panthers Scott Turner. O'Connell was considered the early favorite, but Rivera made a few hires on the offensive staff, and eventually hired his guy. He has hired multiple coaches from his previous coaching staff, and also brought Head Trainer Ryan Vermillion with him.

There were early reports that Senior VP of Football Ops Eric Schaffer had been fired.