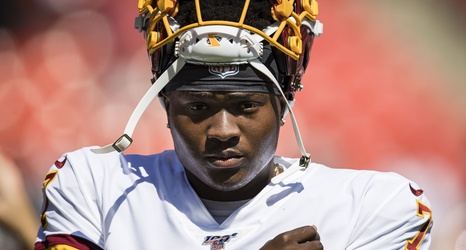 The Washington Redskins chose to sit Dwayne Haskins and roll with Case Keenum to start the 2019 season, feeling as if Keenum, a veteran, gave them the best chance to win. Since that decision was made, Haskins has been keeping a low profile on the bench, while Keenum has at least managed the offense.

Keenum has been adequate in his role as starter, but his current stats (56 for 81, 601 yards, five touchdowns and no interceptions) glorify the impact he’s had. He’s been serviceable, but he hasn’t helped the Redskins win like Jay Gruden had hoped, and in Week 2, his inconsistencies were more prevalent.