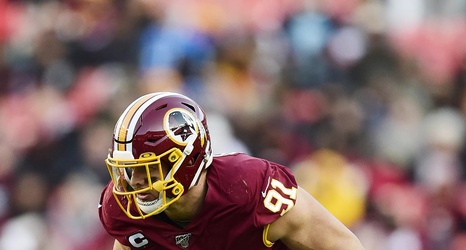 The Redskins ruled out three players for today’s game against the Green Bay Packers on Friday. Paul Richardson Jr. remains on the inactive list with a hamstring injury. Trey Quinn is also out with a concussion. Washington ruled Deshazor Everett out with a shoulder injury, then placed him on injured reserve yesterday. This opened up a spot to sign Darvin Kidsy from the practice squad.