Redskins vs. Lions preview: Storylines, how to watch, and more 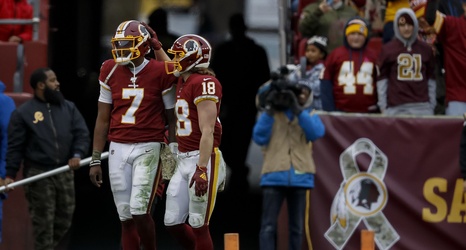 Last week, the Washington Redskins fell at the hands of the Adam Gase-led New York Jets, by a score of 34-17. At one point, the game was 34 to 3, and the level of ineptitude displayed by Washington was a startling thing, especially after the bye week. But it wasn’t a new development. All throughout 2019, the Redskins have been unable to compete consistently, and their lowest moments have been synonymous with pure dysfunction.

That said, there is a slowly budding optimism in Ashburn. The team’s young core, consisting of Dwayne Haskins, Derrius Guice, and Terry McLaurin, displayed growth against the Jets, and the hope is that, with another week of home practices, they can start to truly unlock their potential against the short-handed Lions.