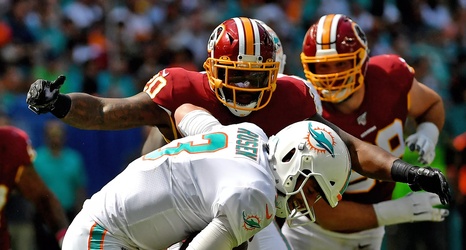 The Redskins notched their first victory of 2019 against a winless Dolphins team on the road. Despite the victory, the win didn’t come without some drama. The Phins scored late and had a chance to send the game to overtime with a made extra point. Instead, they decided to go for two and the win. They tried a slip-screen(that fell incomplete), which the Redskins had sniffed out, tumbling them to 0-5 on the season and in contention for the number one overall draft pick in 2020 - their ultimate goal.

Bill Callahan notched his first victory as interim head coach, and despite playing a poor football team, looked much more disciplined on both sides of the football.