Redskins sneak away with uneven win; Dwayne Haskins gets his moment 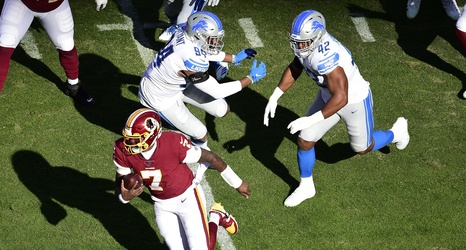 After the Washington Redskins 34-17 drubbing at the hands of the New York Jets in Week 11, Washington’s squad was motivated to flip the script this week against the Detroit Lions. Or at least, one would assume.

In the first half, that certainly seemed to be the case; the Redskins came out strong, made plays on defense and special teams, and got out to a 13-6 lead after the conclusion of the first two quarters. The defense generated turnovers, and overall, the team was taking advantage of opportunities which the Lions gave them.

In the second half, however, the Redskins momentum all but disintegrated, and the team allowed 10 straight Lions points through most of the final two quarters.