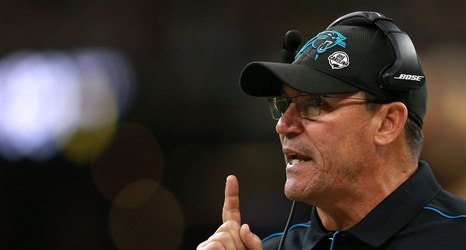 On Sunday, the Washington Redskins were able to go into to Charlotte and defeat the Carolina Panthers in what turned out to be the final game of the Ron Rivera era. The Panthers and owner David Tepper elected to part ways with Rivera following the loss.

The move to dismiss Rivera wasn’t a major surprise, as there had been rumblings that Tepper wanted to bring in his own coach. He gave Rivera a chance to coach after buying the team in 2018, but ultimately, he decided to go in a different direction.

Now, “Riverboat Ron” will be on the free-agent coaching market.