Redskins should continue to test their newfound pass rushing talent vs. Packers 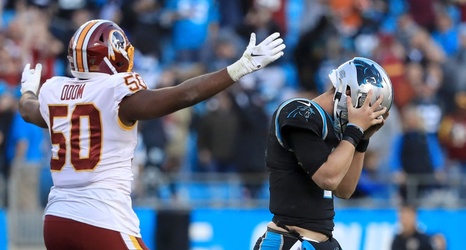 For the first time since 2010, the Redskins played a game without Ryan Kerrigan. The first-round pick in the 2011 NFL Draft had played in 139 consecutive regular season games for the franchise before being sidelined with a concussion against the Carolina Panthers.

Despite being without Kerrigan, the Redskins pass rush was actually very successful. They were able to sack Kyle Allen seven times during their surprise upset win over their NFC foe. And it wasn’t just the team’s star talent on the defensive line that was able to get it done.