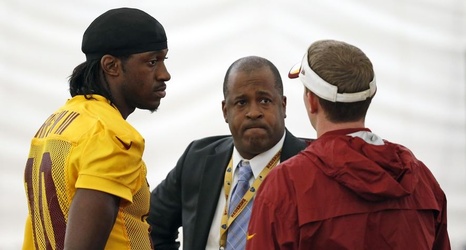 Redskins senior vice president of communications Tony Wyllie is leaving the organization after nearly 10 years to take a job with the Special Olympics.

Wyllie was owner Dan Snyder’s longest-tenured public relations official. He joined Washington in 2010, overseeing a number of high-profile controversies from the conflict between Mike Shanahan and Robert Griffin III, the firing of former general manager Scot McCloughan and the signing of linebacker Reuben Foster in light of a domestic violence arrest.

Wyllie’s signature moment, however, is arguably a confrontation with a reporter after the Redskins’ win on “Monday Night Football” in 2014 when he yelled “No means no!