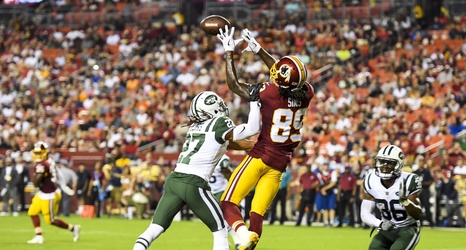 Cam Sims is back! The Redskins will reportedly release LB Tanner Vallejo to make room on the 53-man roster. Washington is thin at wide receiver with Paul Richardson Jr. ruled out for tomorrow’s game against the New York Jets. They had 4 healthy WRs(Terry McLaurin, Trey Quinn, Kelvin Harmon, and Steven Sims Jr.) before this move. The Redskins are also thin at TE with Vernon Davis out, so adding a 5th WR today was necessary.

Tanner Vallejo was a big factor on the Redskins special teams, the highest-rated player per John Keim.