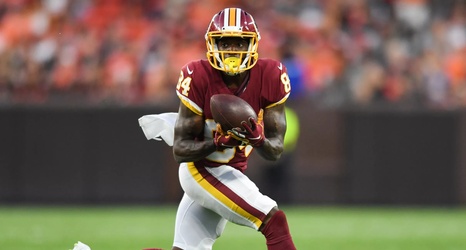 The Redskins are short at WR this week with Paul Richardson(hamstring) missing another game, and Trey Quinn in the NFL's concussion protocol. The plan was to start the three rookies(Terry McLaurin, Kelvin Harmon, and Steven Sims Jr.), and have Cam Sims as the 4th receiver.

That is pretty thin, so the Redskins have signed Darvin Kidsy(6', 190 lbs) from the practice squad. Kidsy was an UDFA signed by Washington last year. He made the active roster late in December and played in two games. He didn't make the team at cutdowns again this year, but was signed to the practice squad in October.