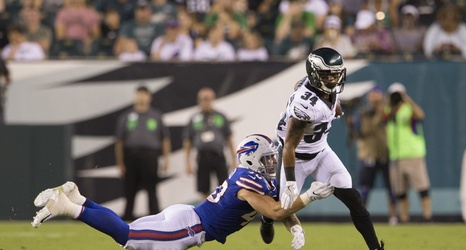 With Paul Richardson being declared out ahead of Sunday’s game against the New York Jets, the Redskins were a little thin at receiver. The team has elected to add depth at that position and will be releasing a special teams contributor to do so.

According to ESPN’s John Keim, the Redskins are releasing linebacker Tanner Vallejo from the 53-man roster to make room for practice squad receiver Cam Sims.

Vallejo was claimed off waivers from the Arizona Cardinals by the Redskins before the start of the season. While he is listed as a linebacker, he has played exclusively on special teams for the squad.