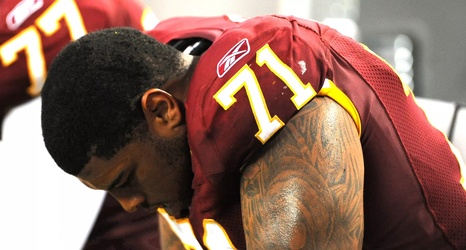 Bill Callahan and Greg Manusky spoke to the media after today's practice, but the reL story was Trent Williams. He spoke to the media for the first time since his holdout started in June. He talked about the cancerous tumor that was discovered 6 years ago, trade rumors, and the guaranteed money left on his contract.

Bill Callahan to the podium.