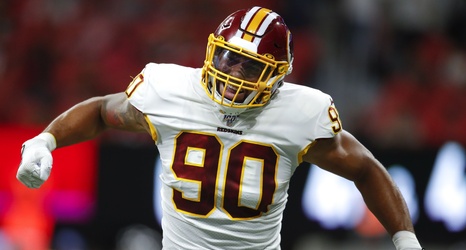 The Washington Redskins are just days away from a prime time matchup with the Bears on Monday Night Football. The team’s record currently sits at 0-2, with previous losses to the Eagles and Cowboys. A win for the burgundy and gold is much-needed to avoid a dreaded 0-3 start.

Though it’s still early in the season, the Redskins defense has struggled mightily. They have combined to allow 63 points, along with 910 total yards. Simply put, the performance of the unit has not been a recipe for success.

While the struggles on defense have been well-documented, making matters worse is that key players on the Redskins defense have not produced up to their capabilities.