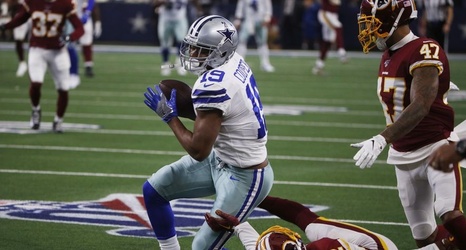 When free agency began last month, the Washington Redskins made an aggressive offer to lure wide receiver Amari Cooper from the Dallas Cowboys. The three-time Pro Bowler decided to re-sign with Dallas, but not before reportedly turning down an offer north of $100 million from the Redskins.

Speaking to reporters for the first time since then, new Redskins coach Ron Rivera confirmed his team had offered Cooper a “substantial amount of money” to poach him from their division rival.

“Amari was someone we chased very hard, all the way up to the very end,” Rivera said.