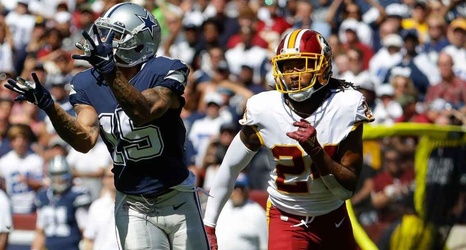 LANDOVER, Md. -- It’s become an annual tradition in Washington: Proclaim this to be the year the defense finally threatens to become a top-10 unit.

The other part of the tradition has been this: It doesn’t happen.

The most disappointing part of the Redskins’ 0-2 start following Sunday’s 31-21 loss to the Dallas Cowboys has been the play of the defense. In two games, they have allowed three passing touchdowns of at least 50 yards.

It’s a combination of guys getting beat (corner Josh Norman), help not coming and poor communication. The Redskins were missing end Jonathan Allen Sunday, but there’s little chance he would have mattered.