Reality has arrived for Jay Gruden and the Washington Redskins 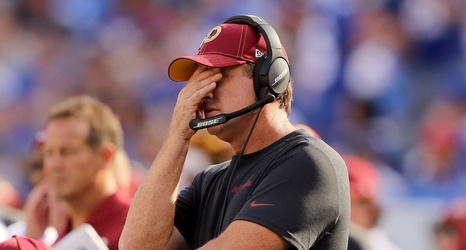 The Washington Redskins left the Meadowlands in East Rutherford, New Jersey on Sunday without scoring a single touchdown. They achieved eight first downs in the entire game. They used two quarterbacks and turned the ball over four times. The defense was gashed by a terrible Giants team, and even with a pair of fumble recoveries and interceptions, the offense put up a staggering three points.

The Redskins are no longer losing games. They are getting completely humiliated from start to finish.

This is where we take a step back, because the end result is where you begin.