NFL draft order: Shakeup as Redskins, Bengals and others win 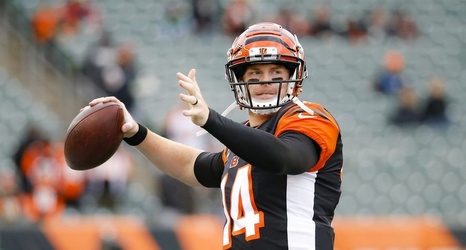 The Cincinnati Bengals finally found their way into the win column Sunday, so no team will finish 0-16 this NFL season despite a plethora of teams clustered at the bottom of the standings. The Bengals beat the New York Jets 22-6 to move to 1-11.

Ironically, the Washington Redskins gained ground in this week’s projected draft order despite also winning for the second straight week.

Washington beat the Carolina Panthers 29-21 in Week 13 a week after edging out a win over the Detroit Lions. But because the Bengals, Miami Dolphins and Denver Broncos also won, the Redskins didn’t fall from last week’s position of fourth overall.