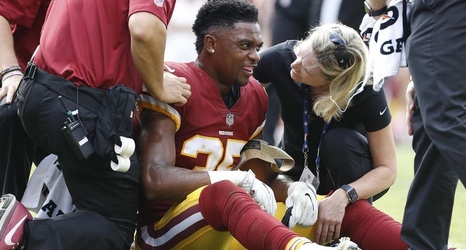 Redskins safety Montae Nicholson will be active for Sunday’s game against the New York Jets, days after a 21-year-old woman he was reportedly dating died of a drug overdose.

It was reported Nicholson was cooperating with Loudoun County authorities after the 23-year-old and another man dropped the woman off at the hospital, where she was pronounced dead.

Nicholson missed practice Thursday, but returned the following day. Interim coach Bill Callahan said the Redskins would let the legal process unfold, but did not dismiss the idea of Nicholson playing in the meantime.

This will be Nicholson’s first appearance since Week 7.