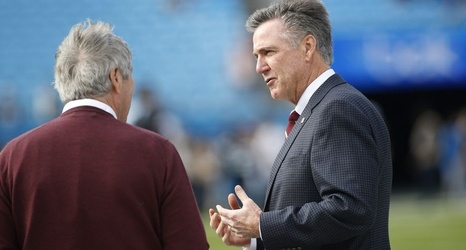 GREEN BAY, Wis. — The Washington Redskins are mulling “major” changes to their front office and could be making them as soon as this week, according to a new report from CBS Sports.

CBS Sports’ Jason La Canfora reported Redskins owner Dan Snyder is “beginning to understand the gravity of his situation” as Washington is 3-9 heading into Sunday’s game against the Green Bay Packers. Washington has a disgruntled fan base, many of whom have called for Snyder to fire team president Bruce Allen.

The report does not say if Allen’s job is in jeopardy, but mentions that Allen is a “big proponent” of hiring Stanford coach David Shaw for its coaching vacancy after the season.