LOVERRO: Winning in Green Bay would give Redskins excuse to keep Callahan 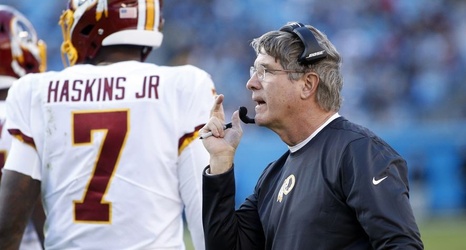 When Jay Gruden’s Redskins squad started the 2015 season 2-4, the coach famously declared their next game against Tampa Bay a “Code Red” game, suggesting a loss to the Bucs would result in severe consequences.

So what does that make Sunday’s Redskins game at Lambeau Field against the Green Bay Packers? Is there even a color for the severe consequences that could follow this Packers game? What color would describe the consequences of a victory for Washington?

Maybe it’s a rainbow of irrationality.

After all, how many times does a team that plays in the NFL (please note while the Redskins play in the NFL, they are really not an NFL franchise) face a game where a win could have a debilitating effect on the team for years to come?