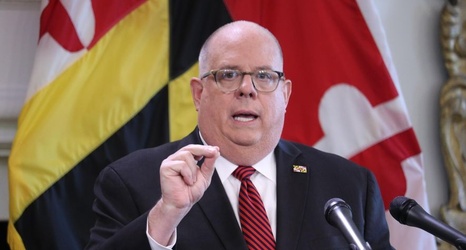 Maryland Gov. Larry Hogan said Wednesday that Redskins is a “hurtful name,” and said he “absolutely” agrees it should be considered a racial slur.

Appearing on the “Today” show, Hogan joined the growing list of politicians who have called on the Redskins to make a change. District Mayor Muriel Bowser and Virginia Gov. Ralph Northam also recently reiterated their stance that the name should be changed.

Hogan’s remarks, however, are particularly notable because he is a Republican and had previously been a supporter of the name.

In 2014, Hogan told The Washington Times that he likes to “call them the Washington Redskins,” adding he didn’t think government should have a role in determining what a business should call itself.