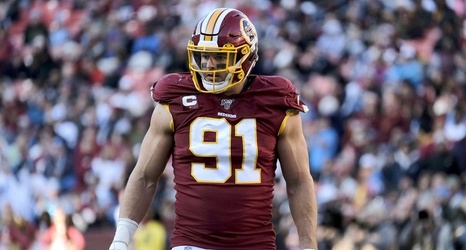 LANDOVER — They say the best ability you can have is availability. Ryan Kerrigan has a spotless record in that department — but now his ironman streak is in serious jeopardy.

Kerrigan suffered a concussion in the fourth quarter of the Washington Redskins’ 19-16 win over the Detroit Lions on Sunday and could not return.

Since Washington drafted him in 2011, Kerrigan has started all 139 games of his NFL career without missing one. The edge rusher has the NFL’s third-longest active streak of consecutive starts, behind only Chargers quarterback Philip Rivers and Ravens cornerback Brandon Carr.