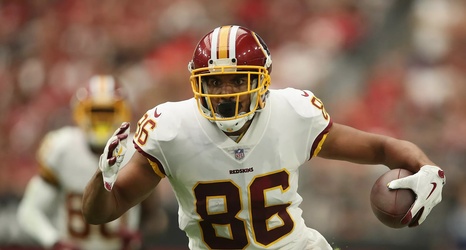 Good news today for the Redskins and TE Jordan Reed who has reportedly been cleared from the NFL's concussion protocol. Washington is expected to move on from the oft-injured tight end who missed last season after a dirty hit from Falcons safety Keanu Neal in the preseason. This was Reed’s 7th known concussion during his football career, and the worst one to date.

Many people expected Reed to call it quits after last year’s injury due to the long-term concerns for his health. But he doesn’t plan to retire, and has shown defiance about the effects of the growing number of concussions he has suffered over the years.