Fuller eager to show versatility in return to Redskins 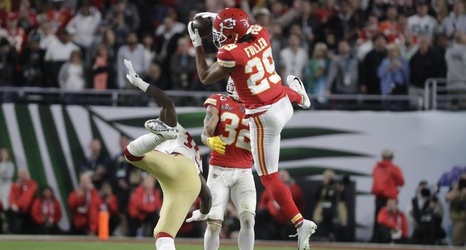 Maryland native Kendall Fuller, who began his NFL career with the Washington Redskins, used to tell his Baltimore mom not to come to every home game.

After all, if mom was in the stands, there would be no home-cooked Sunday dinner that day. No collard greens. No macaroni and cheese. No sweet potatoes with marshmallows.

After spending two years in Kansas City, the cornerback who re-upped with the Redskins this offseason is looking forward to game-day dinners in Baltimore again.

“I had to let her know, she’s gonna have to start doing that again,” said Fuller, who signed a four-year, $40 million deal with the Redskins last month.