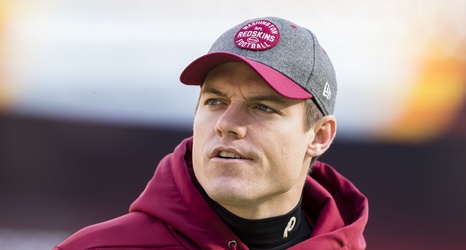 This offseason, the Washington Redskins had a decision to make with their offensive staff. After bringing aboard Ron Rivera as their new head coach, the ‘Skins were choosing between incumbent offensive coordinator Kevin O’Connell and Carolina Panthers offensive coordinator Scott Turner for their OC position.

Earlier this week, the Redskins chose Turner to run their offense moving forward. And O’Connell was free to explore other opportunities after that.

On Friday night, it was confirmed that O’Connell had found his new opportunity. ESPN’s Adam Schefter reported that O’Connell will be joining the Los Angeles Rams and Sean McVay as their new offensive coordinator.