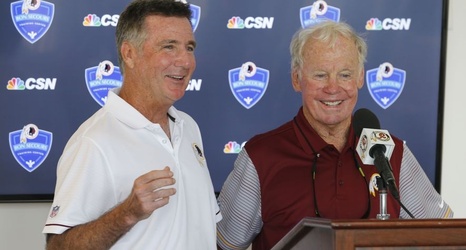 RICHMOND — After Bobby Beathard fired Jack Pardee after the Washington’ Redskins 1980 season, he reached out to San Diego Chargers assistant Ernie Zampese and asked if offensive coordinator Joe Gibbs was ready for a head coaching gig.

With Zampese’s stamp of confidence, Beathard called Gibbs and offered him the job and they began brainstorming a coaching staff. The only problem was that Jack Kent Cooke, then the Redskins’ owner, wasn’t all enthralled by the idea.

“Mr. Cooke said, ‘What are we going to do about a coach?,’” Beathard recalled on Saturday at the Redskins’ training camp facility.