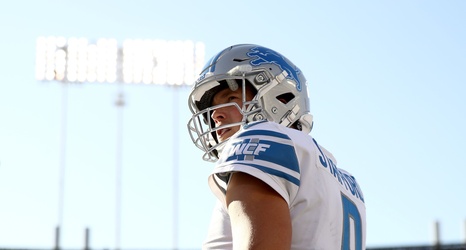 As we’ve mentioned numerous times before in these introductions, the favorite to be the Washington Redskins selection at No. 2 overall is Ohio State edge rusher Chase Young. While Young is more than deserving of primary consideration at that juncture, it has been noted that trading back, depending on the value gleaned from such a move, could be just as lucrative.

For weeks, the two probabilities have been pitted against one another, incapable of coexisting, but a recent report could change things. Per the Local WDIV news channel in Detroit, the Detroit Lions have had talks about potentially trading veteran quarterback Matthew Stafford, which would in turn imply that they may pursue a quarterback early in the 2020 NFL Draft.