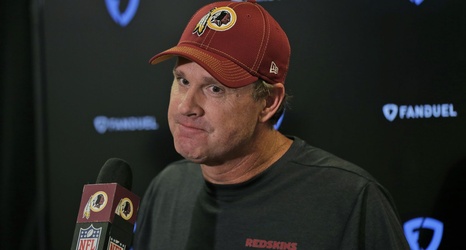 ASHBURN — The Washington Redskins have the worst third-down defense in the league, rank 26th in yards allowed and have given up the second-most points per game. All three statistics encapsulate the team’s 0-4 start — a shock to many within the Redskins, given the defense was supposed to be the team’s strength.

Despite all that, coach Jay Gruden backed defensive coordinator Greg Manusky when asked Monday why the linebacker-turned-coach is still the right man for the job.

Fans have called for Manusky’s firing and the coordinator even faced criticism from his own players last season when former Redskins safety D.