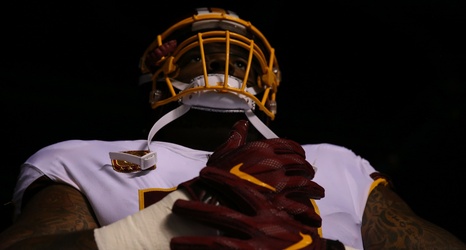 The Washington Redskins and Bruce Allen are confident that Trent Williams will be returning to the team to play for the 2019 season.

However, it’s looking more and more likely that their overconfidence may be misplaced.

According to Williams’ former teammate and current NFL Network personality DeAngelo Hall, Williams isn’t going to be reporting to Washington ahead of the season. Hall recounted a conversation he had with Williams in a recent episode of Hail to the Podcast with his cohost, Erin Hawksworth.

I reached out to (Trent Williams) and he’s like “There’s zero chance I’ll be in that building next week.