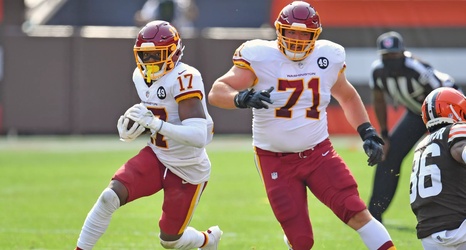 With injuries mounting on the defensive line, Tim Settle becomes quite important for Washington | RSN
Coaches clearly liked DT Tim Settle, but the question was how much playing time would be available. That's no longer a question.

Terry McLaurin is playing way better than people realize, and doing it on his own | RSN
It's well documented that Washington's QB play has been subpar, and that's what makes Terry McLaurin that much more impressive.