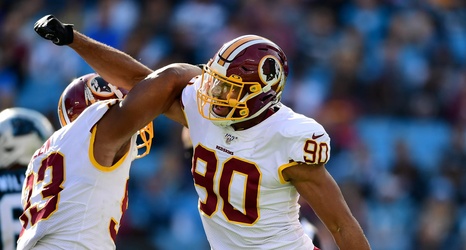 One play by Dwayne Haskins a sign of progress Redskins hope to see - NFC East- ESPN
During Washington's two-game winning streak, the rookie QB has shown improvement in calling protections, making his reads and working on his accuracy.

Redskins | Darrell Green, Ken Houston & Joe Gibbs | NFL 100 All-Time List
Three former Washington Redskins were picked to be a part of the NFL Top 100 players list Friday night. As a part of the process, some of the players, Coach Gibbs being one of them, took part in the after-show.