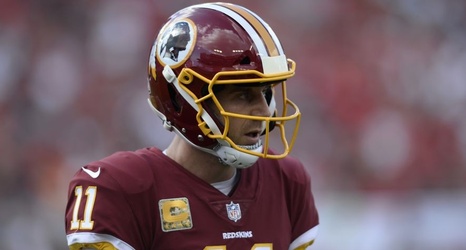 Smith’s wife, Elizabeth, revealed the news on Instagram. It is not known when Smith first had the device implanted, but the quarterback was first seen with it publicly at a Washington Wizards game in January.

An external fixator — which had wires pierced through Smith’s leg to the outer rings over the device — is often used to stabilize a broken leg. In November, Smith broke his fibula and tibia — an injury that has led to more than a half-dozen surgeries.