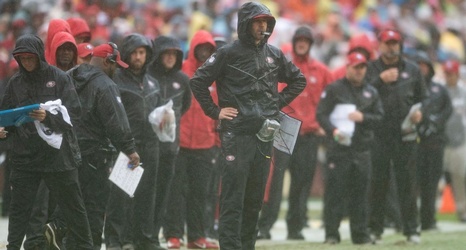 LANDOVER, Md. - By his own admission, San Francisco 49ers coach Kyle Shanahan is "a little more sensitive" when it comes to the turmoil that occurred when he and his father Mike Shanahan coached together with the Washington Redskins.

Which is why, after Sunday's 9-0 win improved the Niners to 6-0 on the season, Shanahan awarded a game ball to his father. Although Shanahan played it coy when asked who had received the game ball, tight end George Kittle spilled the beans in his visit to the podium moments later.