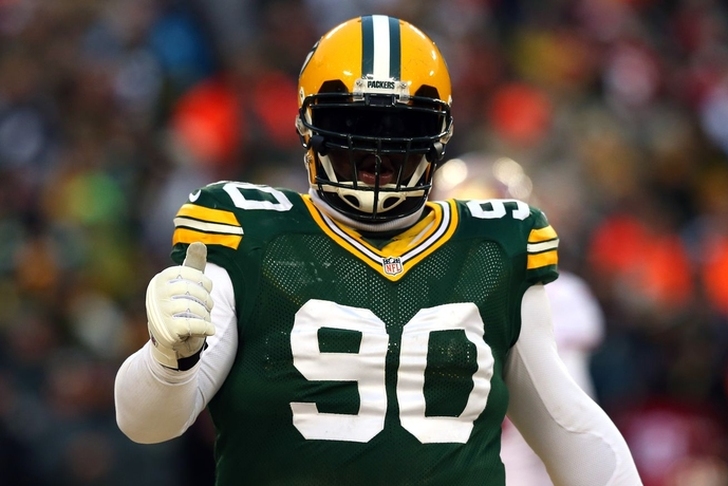 The Washington Redskins surprisingly won the NFC East and made the playoffs this season, and they are expected to take another step forward next year. Free agency is at the forefront of the minds of everyone in Washington's front office as they try to fix a few weaknesses, and these guys would definitely help. Here are four realistic free agent targets for the Redskins this offseason:

With Jason Hatcher getting older and Terrance Knighton hitting the free agency market, Raji is someone who could provide long-term stability at the defensive tackle position. While Raji's play has dropped in recent years, he's still worth picking up. Plus, he'd be a cheap option and wouldn't prevent the team from adding a DT in the draft as well. Getting Raji is the low-risk, high-reward type of free agency move the Redskins need to make this offseason.

Washington is looking to upgrade their receiving core and are expected to cut either Pierre Garcon or DeSean Jackson, and Jeffery would certainly be that. He would give the Redskins the best receiver they've had in a long time, and a true No. 1 wide receiver that is excellent in the red zone would do wonders for Kirk Cousins - but they'll have to pay Jeffery legitimate top wideout money. If I'm Washington, that's a gamble I'm willing to make to add a game-changer on the outside.

Washington also struggled with cornerback depth last year and are contemplating totally rebuilding their secondary, and Robinson could come in and be a lockdown nickel corner right away. The Vikings seem ready to let him walk after he was buried on their depth chart in 2015, and it could be to Washington's benefit. Speaking of revamping your secondary, Jenkins is a proven starter in this league, starting 58 of his 60 games played with the St. Louis/Los Angeles Rams over the course of his four-year rookie contract. He's a consistent back-end tackler with ten career interceptions on his resume, and he's a durable enough commodity to expect 15-16 games of #2-level coverage work each year. Worth a multi-year look by the front office.