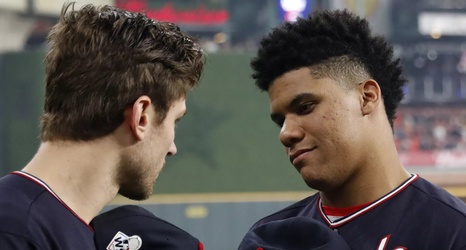 Washington, D.C. Mayor Muriel Bowser announced on Tuesday afternoon that the Nationals’ request for a waiver to hold Spring Training 2.0 in the nation’s capital would be approved.

With the club reuniting on Wednesday so everyone can be tested in advance of the start of workouts as they attempt to ramp up for the start of the 2020 season (on July 23rd), that’s at least one hurdle cleared as the defending World Series champions and the rest of MLB’s teams attempt to bring baseball back during an ongoing pandemic. Go read your links...

Minor league season officially canceled - (MASN)
"The thousands of other players that fill out every organization are left with nowhere to play this year.