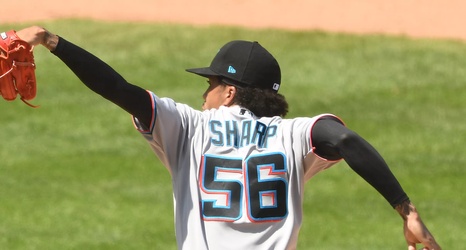 Pitcher Sterling Sharp was selected by the Miami Marlins in last year’s Rule 5 Draft, and the Washington Nationals’ 2016 22nd Round pick debuted with the Fish, but didn’t stick, so he was returned to the Nats, but he’s eligible for selection again. That means the Nationals will have to make a decision before November 20th to add him to the 40-Man roster or risk the possibility that another team takes a chance on the 25-year-old right-hander.

Sharp is one of six players (along with catcher Israel Pineda; righty Joan Adon; backstop Raudy Read; IF/OF Cole Freeman; and OF Nick Banks) who are eligible for selection this winter if they’re not added to the Nationals’ 40-man roster as MLB.