Will Harris should be big part of Washington Nationals’ 2021 bullpen... 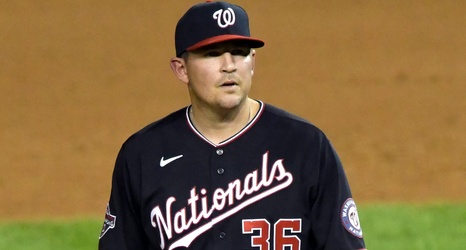 WASHINGTON – Some players for the Nationals seemed to be just getting warmed up when the 60-game season came to an end Sunday.

One of those was veteran reliever Will Harris, 36, who was signed to a three-year deal as a free agent before this season.

The right-hander did not allow a run in his last six appearances and held the opposition hitless in three of those games.

He finished his first year in Washington with a record of 0-1, 3.06 in 20 games with one save. That came after a slow start when he reported to West Palm Beach, Florida.