While Washington Nationals focus on the future, should Alcides Escobar really be hitting second? 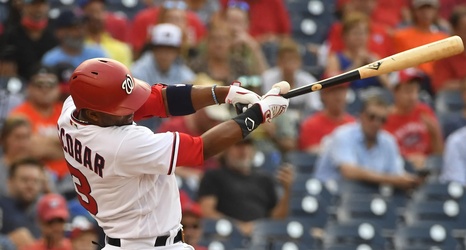 Little did fans know it at the time, but as Trea Turner crossed home plate in Philadelphia on July 28th, it was a surprise end of the All-Star’s reign at shortstop for the Washington Nationals.

Just after the game started, the Nats received word that Turner had tested positive for coronavirus, so he dashed straight down the tunnel and had to self-isolate. Then just two days later, he was traded to the Los Angeles Dodgers before his isolation was complete.

Shifting over to shortstop after Turner departed was Alcides Escobar, the veteran who the Nationals picked up at the start of July due to a rash of injuries to their middle infielders.