What can Washington Nationals expect to get from Stephen Strasburg in 2022? 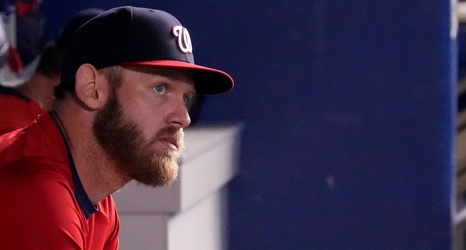 In lamenting how things turned out in 2021, and discussing how they went wrong, Davey Martinez talked about the first of two COVID outbreaks in Washington’s clubhouse at the start of the season, and the injuries which hit the Nationals once they started to play well during the month of June, among other things which led to a disappointing campaign.

The season-ending surgery for Stephen Strasburg, in particular, bothered the Nationals’ skipper.

Strasburg, 33, was coming off a 2020 campaign in which he was limited by a nerve issue in his wrist, eventually diagnosed as carpal tunnel neuritis, which required surgery, and the ‘19 World Series MVP started in just five games this year, dealing first with inflammation in his right shoulder, then with a neck strain, before he finally received a diagnosis of neurogenic thoracic outlet syndrome, which necessitated another surgical procedure which ended his 12th season after a final start on June 1st.