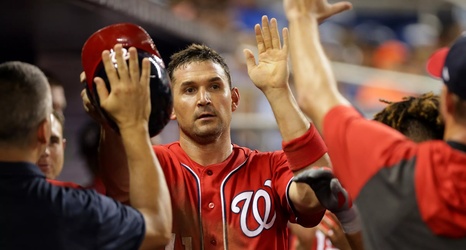 Washington Nationals’ shortstop Trea Turner, 26, talked after the series opener in Miami on Friday night, about the contributions second baseman Asdrúbal Cabrera, 33, has made to the team since the veteran infielder was added to the roster at the beginning of the month of August.