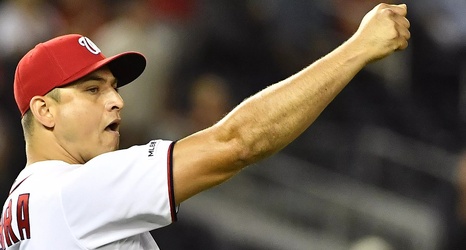 According to an early morning report on Twitter by The Athletic’s Evan Drellich, Javy Guerra will be back in the Washington Nationals’ organization in 2020, on a minor league deal that will pay the 34-year-old reliever, “... $1 million with another potential $500K in performance bonuses if in [the] majors.”

The nine-year veteran was designated for assignment by the Nationals in late July before he was outrighted to Triple-A, and then quickly called back after injuries created a need in the major league bullpen.