Washington Nationals Series Preview: After being swept, New York Yankees up next 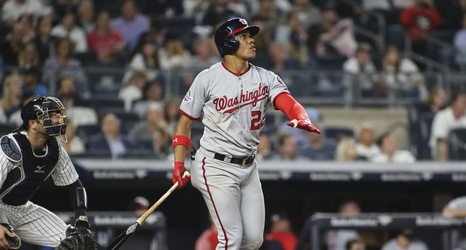 With the hot-and-cold nature of the season the Washington Nationals have been having so far, it probably shouldn’t be surprising that after a three-game sweep of the Miami Marlins over the weekend, they were swept themselves in three games with the Atlanta Braves.

Things don’t get much easier for the Nationals this weekend as they travel to the Bronx to take on the New York Yankees in a three-game set.

After scuffling early in the season, the Yankees finally appear to have found some consistency and have rattled off 11 wins in their last 16 games, vaulting them back above .