Washington Nationals’ reliever Dakota Bacus finally accepted who he was as a pitcher... 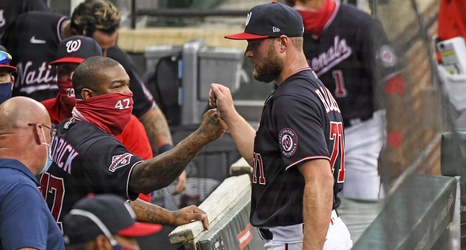 Dakota Bacus pitched in 225 games over eight minor league seasons, parts of two with the Oakland Athletics who drafted him out of Indiana State University in the 9th Round in 2012, and six-plus years with Washington’s Nationals, who acquired him from the A’s in a straight-up trade for Kurt Suzuki in August of 2013.

“For a guy that came up for the first time, as you can tell, he knows who he is.” - Davey Martinez on Dakota Bacus

He pitched in the majors for the first last night, when the Nationals called him up from their Alternate Training Site in Fredericksburg, Virginia to join them in Baltimore, Maryland.