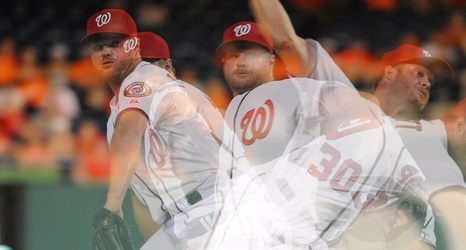 Aaron Barrett, 32, and a 2010 ninth Round pick by the Nationals, re-signed with Washington on a minor league deal, according to multiple reports on Thursday, a few weeks after he’d cleared waivers and opted to become a free agent.

Barrett, of course, returned to the majors in 2019, four years after Tommy John surgery, and three years after fracturing his right elbow throwing a pitch off the mound while rehabbing, but he spent the majority of the past summer at the club’s Alternate Training Site in Virginia, before he was called back up to the majors in mid-September.